More About the Organization

URIFAE is an independent nonprofit organization that is affiliated with the University of Rhode Island. Our organization employs more than 75 experienced development and alumni engagement professionals, along with specialists in financial management, marketing and communications, and office administration.

On the Move with Big Ideas and Bold Plans

Big Ideas. Bold Plans. The Campaign for the University of Rhode Island is an ambitious effort to support strategic priorities including student access, faculty excellence, the URI learning experience, innovative programs, and enhanced facilities and technology.

The campaign transitioned to the public phase in the summer of 2020, after a highly successful leadership phase that raised $175 million toward an initial $250 million goal. Based on this early success, the University raised the goal to $300 million. Dedicated alumni and supporters are making transformational investments in scholarship, research, and infrastructure.

URIFAE oversees the campaign in coordination with University and volunteer leadership, working to bring the University to new levels of prominence among higher education institutions. 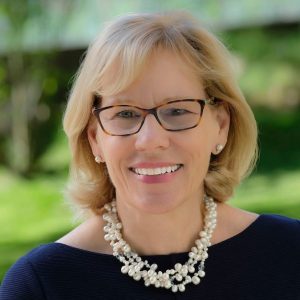 Lil O’Rourke took on the leadership of the URI Foundation & Alumni Engagement in the spring of 2016.

Working with URI President Marc B. Parlange and URIFAE Board Chairman Alfred J. Verrecchia, O’Rourke and the staff of URIFAE professionals are focused on engaging alumni, parents, and friends to support the faculty and students of URI in their scholarly activity and research.

With O’Rourke at the URIFAE helm, the URI endowment has experienced significant growth in earnings and returns. The URIFAE has also aggressively raised its annual fundraising goals, and in FY 2019 surpassed the prior year’s giving by 24%, with more than $39 million in new commitments.

Prior to coming to URIFAE, O’Rourke served as senior vice president for principal gifts and international advancement at Syracuse University. A longtime member of the University’s Division of Advancement and External Affairs, she served in many key positions, including as vice president for development. She played a significant role on the leadership team that led a successful $1 billion campaign, which ended in 2012 and exceeded its goal ahead of schedule.